When Jacob Wrestled the God-man

In this video, you'll learn how to respond to a JWs when they frequently cite John 1:18a that "No man has ever seen God." They use it as a proof text that Jesus can't be God because nobody has ever seen Him. JWs don't realize that the first half of the John 1:18a is referring to God the Father. (cf John 6:42) Yet in the John 1:18 says except the only-begotten God (NASB) the Son (KJV). Many translations flat out say Jesus is God Himself. (see NIV, NLV, Berean, CSB) The NWT says "only-begotten god"' lowercase 'g' to remove the Deity nature away from Jesus although the word is Theos in the Greek the same as earlier in 18a in reference to the Father. This video will demonstrate quite clearly that many in the OT and in the NT have seen God and physically touched Him. 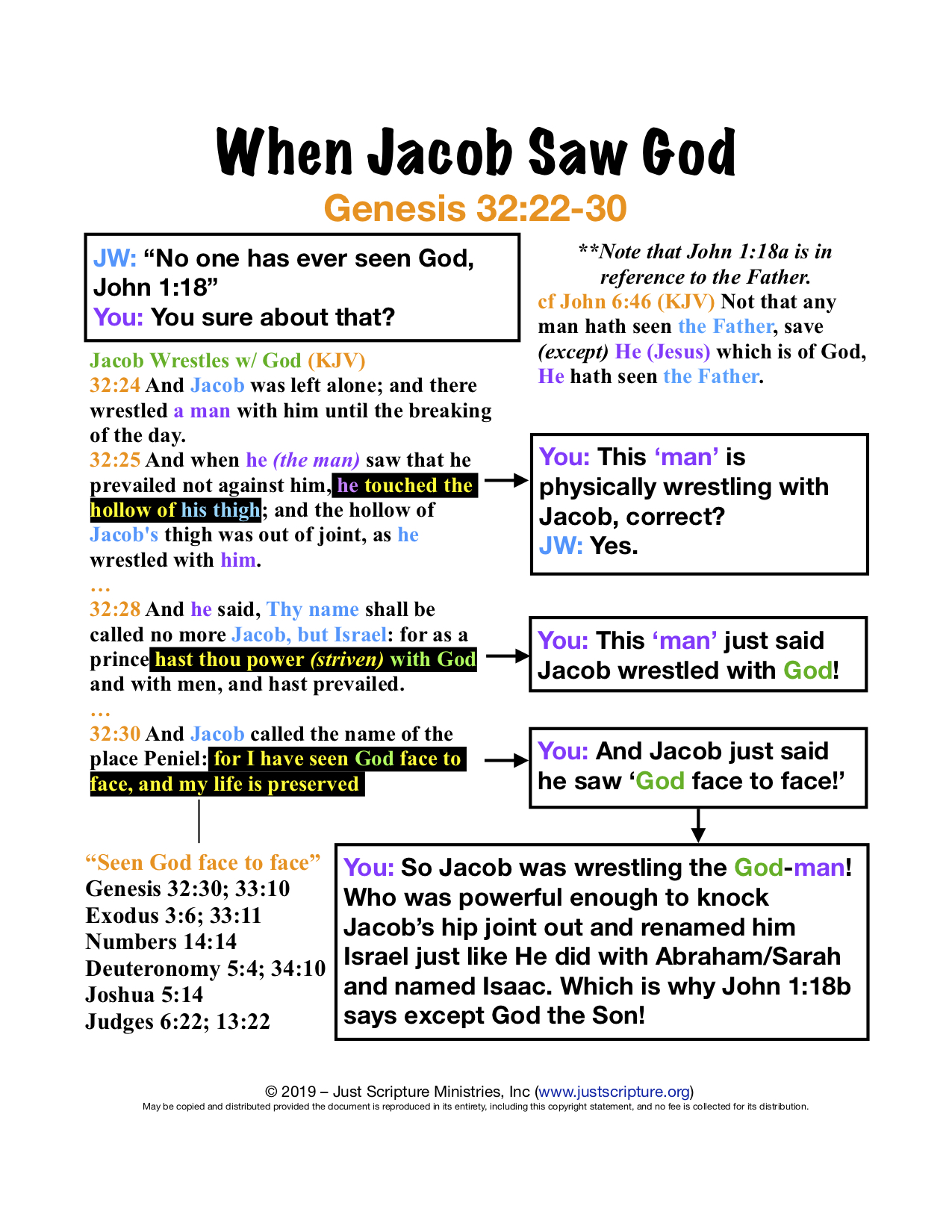